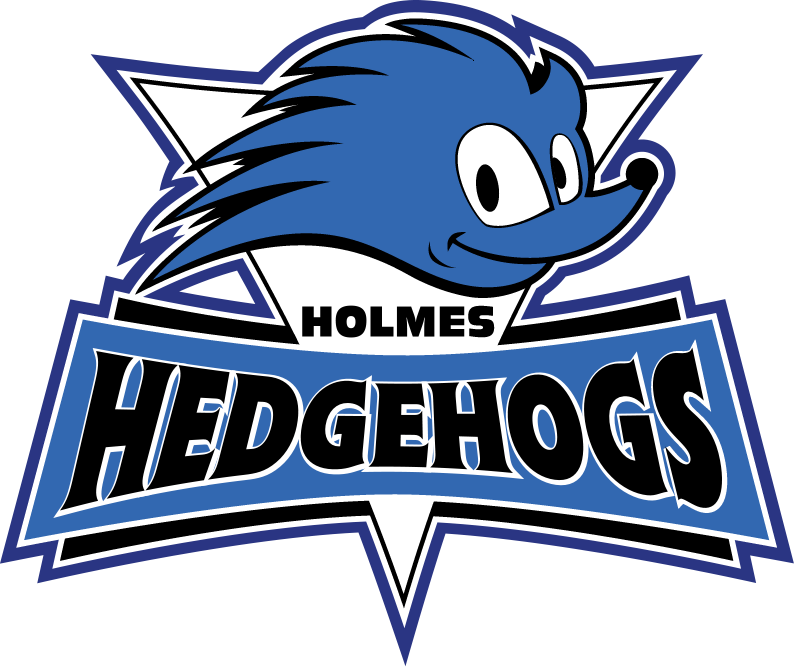 The Parent/StudentVUE portal is a component of the LPS Student Information System that allows parents/guardians to:

“Drink milk….Why? Because it does a body good.”

Every day Mr. Pedersen, our principal, encourages the students to drink milk. We’ve even had a milk challenge in the lunchroom to see which grade level could waste the least amount of milk. On May 4, students were treated to a visit by representatives of Prairieland Dairy. They brought a milking cow and her calf to school and students got to eat a cup of Prairieland ice cream while they learned some fun facts.

Click here to watch a slideshow of all the classes.

April 28 was the annual Grill Out Day at Holmes. The Lefler Jazz Band played on the front lawn of the school while students, family, and friends ate lunch. It was a beautiful sunny day and everyone enjoyed themselves.

LPS will once again be offering a summer technology program for students who will be entering grades 5-9 in the fall of 2011. All classes will be held at the Information Technology Focus Program at 285 South 68th St. Place, Fourth Floor. Sessions will be in June and will include a variety of topics such as Lego Robotics, Animation, GarageBand, and Video Special Effects. There will be a fee charged for all summer sessions. For more information please visit the Summer Technology Program website. Registration begins Monday, April 4.

Jetta and Olivia with their science board.

On March 28, 2011, Holmes School held their annual science fair and pancake feed. All fifth grade students were responsible for participating in a science experiment and creating a display board.

The fifth grade leadership committee collected the food for the 2011 Holmes food drive.

This year’s food drive was held the week of March 14. Over 3000 food items were collected which added up to 11 barrels of food for the food bank. The fifth grade leadership committee were the students who collected the food from each of the classrooms. For a “job well done” Mr. Pedersen has offered a popcorn party to the entire school. We are proud that our students and their families are generously giving back to those in need of food.

March 2, 2011 is called Read Across America Day. March 2 is also the birthday of Dr. Seuss. If he were still alive he would have been 107 this year. The Cat in the Hat came to Holmes School and read a Dr. Seuss book to the kindergarten, first, and level 1 ELL students on Monday, February 28.

As the students walked into school on the morning of December 23, the last day of school before the winter break, they noticed two white swans sporting red bows walking around the inner courtyard. One of our third grade teachers had brought them to school from her farm. It made the day into an exciting adventure for everyone!

Fourth grade students get ready to leave Holmes School for a day at Heritage School.

Fourth graders at Holmes attended Heritage School in November and December. Each fourth grade class went to Pioneers Park which is where the schoolhouse was moved when the Nebraska State Fair changed locations. Most students dressed as pioneer children and took their lunch in a tin can. Various activities such as a spelling bee and a cursive writing lesson were included in the day’s activities.

Fifth grade leadership team members were in charge of helping almost 400 Holmes students with the October 19th student vote. Voting took place on computers in the media center and all votes were tallied electronically.

Superintendent of LPS, Dr. Joel, was one of the speakers for the Safe Walk Assembly held Wednesday afternoon, October 6. All of the students received a free t-shirt provided by FedEx and several students received prizes for creating the best safety posters. 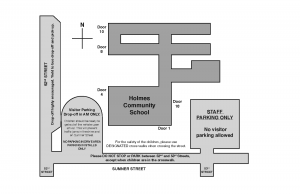